In this article I will guide you through a complete step by step guide about how to configure your machine and setup to have your first smart contract running and installed on a Blockchain.

The steps we are going to make are listed below

This is the basic step required before starting. We need to install some tools to make our development easier and faster.

The first thing is to install the tools called truffle and ganache that allow us to have a easy development environment in our local computer. However, as requirements, we need to have NodeJS v12 or later installed. To do so, we will use nvm (a Node Version Manager) to setup the specific version.

To install or update nvm, you should run the install script. To do that, you may either download and run the script manually, or use the following cURL or Wget command:

After successful download, add required completion script to your bashrc

Select the default version or any other greater than v12

A successful installation will report

At this point, the nvm tool already downloaded the requested version. The last step, is to make it active

This is required since nvm tool allow us to have multiple NodeJS version installed at the same time in our local environment.

After installing NodeJS, next we require to install truffle tool. The installation process is as simple as running

Wait for download to finish, and you should have truffle installed globally in your system.

To make sure truffle was completely installed, we check the installed tool version

Once installed globally, you can start ganache right from your command line:

Design a simple smart contract with Solidity and compile it

Now that we have some basic tools installed, lets code our smart contract!

In order to create an empty project, you need to run init command

Now, pick a contract name, for example Demo and scafold your new project

Once this operation is completed, you’ll now have a project structure with the following items:

Apart from previous directories, the content of a bare minimum project is as follows:

Next thing we need to focus on: Solidity programming and contract design.

Building a contract with Solidity

For article purposes, we are going to design and build a simple example of Solidity contract that just writes arbitrary information to the ledger and reads data from it.

For this purpose, we assume following requirements:

So, truffle created a sample file called Demo.sol with some basic code

We need to update this Demo.sol file with our own code

We set the version of solidity v0.8.12. The modified code is

Change 2: we set the contract owner

Next step, is to defined the data model we need to store the information in the ledger. This is just a tiny example to show you that Solidity can hold more information that what usually is been saved in an ERC20, ERC721, etc.

Our data model, will be called Record and will contain following attributes:

Knowing previous information, we can model our structure as

Add our new struct Record to our contract and your code will look like:

Change 4: create a function to read data from Blockchain

According to our self assigned requirement:

we can model the Solidity function as

After populating the function with requested code it will look like:

As you can see, there is a new variable called recordData that is new, and is defined as

Change 5: create a function to write data to Blockchain

According to our self assigned requirement:

we can model the Solidity function as

After populating the function with requested code it will look like:

After designing and building our Solidity contract, we get the following code

Now that our Demo contract is designed, our next step it to compile it. We will use truffle compile to do it.

A way to see the result of the compilation is to review the file under ./build/contracts/Demo.json. Within that file, the compiled bytecode can be seen. In this example, this is the bytecode i get.

In order to deploy our contract in a testing environment, we use ganache tool, so that we can have a local EVM with some predefined accounts. To run ganache simply type in your terminal ganache.

And it will start a RPC server

After running ganache it will provide you and endpoint to connect with. In my case the endpoint is located at http://127.0.0.1:8545.

To connect to this endpoint, modify the truffle-config.js file and define your test network as ganacheNet like following snippet

Now, to deploy the contract against specified network, use truffle deploy command indicating which target network you want to use.

where ganacheNet is just the name given in the truffle-config.js

A successful contract deployment will report to you the contract address and the cost of the operation.

However, in our ganache TEST environment, all deployments are FREE.

And this is all, the steps to prepare, design, build and deploy an smart contract into Ethereum or any other EVM compatible networks. I just would like to mention two thing: 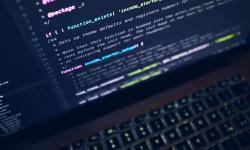 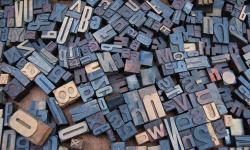 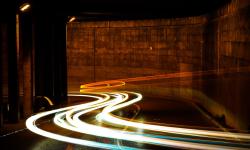 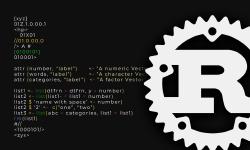