So far, we read about how a Markov Chain works, the concept of transition matrix and how we can calculate a future state probability. However, we need to be able to create our own Markov Chains from our input data. This post will show you, how you can create your own markov chain using Python 3+

So, what markov chain implementation should I use to build my own chain?. To be honest, I have no idea of most used frameworks, so lets find them in Github: https://github.com/search?q=markov+chain

As you can see there is a good candidate for Python called markovify. Lets try to use it and see how it works by running the provided example with a custom corpus

Downloading a NLP corpus for training

After a rapid search on Internet looking for some Spanish free text training data, I found a small corpus at https://www.corpusdata.org/spanish.asp

Instead of downloading full corpus, I just downloaded a sample $1/100$ for testing purposes. The sample itself contains 2 Million words according to corpusdata.org. If you want to use this same corpus text, you can download it from https://www.corpusdata.org/span/samples/text.zip

Creating a virtualenv for our Python project

As a recommended way of development, we first create a virtualenv for Python and set it as active.

In this case, the created virtualenv is called venv.

To install markovify we just need to create a virtualenv and install it as a project dependency with pip.

A successful install must show you the message Successfully installed markovify-0.9.3 unidecode-1.2.0.

Building our markov chain with Markovify

To build our markov chain, we need to write some code (obviously). In following script, I am telling that:

After building our script, its time to get some measurements and see if the markov chain works as expected or not. To do so, we will run our script example.py

The output of running example.py is

So far, it seems it works and generates some meaninful arbitrary length texts.

Now that we check, that markovify generates some output from input data, lets see how long does it take to generate the markov chain and compute an output.

To do so, we use time command of Unix system, and we run our test program several times. (remember the more times the more significant data you get)

So, measuring markovify we discover that markov chain building time (data reading + generation + predicting) is about $4,55$ seconds in average for our example corpus text, taking into account that example corpus text has $2344418$ words according to wc and weights 12Mb

After testing markovify as the most starred library on Github for building markov chains, here are my own conclusions about it

At the end, we learn how to build our own markov chain for our tiny toy projects. However, as seen by our simple analysis this is not enough for high performance demanding applications or high data use environments.

In the Part 3 of this series, I will design a Markov Chain implementation in Go to fulfill the disadvantages found in this example project and see if there is some room for improvements. Stay tuned!

You can continue reading more post about markov chains: 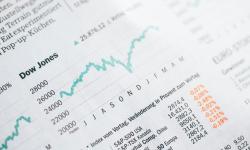 Lightning fast stock market data parsing. Get a boost of 70% 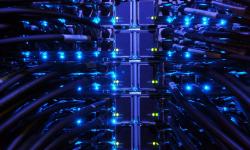 Detecting a valid IPv4 in Go like a boss 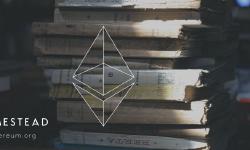